A former chief economist at major international consulting firm, John Perkins is a co-founder of the Pachamama Alliance and New York Times Bestselling author who has received training from master shamans from around the world. 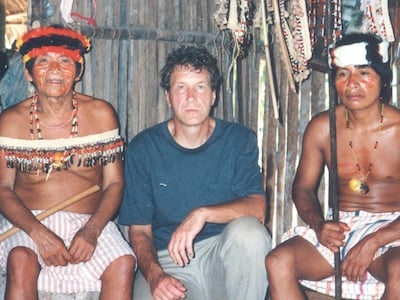 Co-founder and Board Member of the Pachamama Alliance

Between 1968 and 1971, John Perkins served as a Peace Corps volunteer with the Shuar people of the Amazon rainforest and the Kichwa of the Andes. These were deeply transformational years during which he established strong indigenous friendships and planted the seeds of his path towards awakening.

During the next decade, John Perkins served as Chief Economist at a major international consulting firm. His job was to identify resource-rich countries for corporations and arrange enormous loans. The loans were then used to hire U.S. companies to build infrastructure projects that benefited the companies and a minority of wealthy elite. This tactic left the ordinary citizens of the targeted countries in deep debt. Inevitably, when the loans defaulted, John and others would go back and “asset strip” the country. He became an “economic hit man.”

In 1980, John had an epiphany while sailing in the Virgin Islands. Sitting in the ruins of an old sugar plantation, he was struck by the realization that the plantation was built on the bones of thousands of slaves. He also realized that his line of work at the time was the modern equivalent of a slaver in the way he used the power of financial institutions to exploit natural and human resources around the world.

John committed to stopping his participation in this kind of work, and over the next decade, founded and served as president of an alternative energy company that did ground-breaking work leading to a major change in U.S. energy laws.

John Perkins back in the Amazon

Between 1990 and 2000, John sold his energy company and returned to the Amazon many times to help the Shuar preserve their rainforests and culture. In 1995, he traveled to Ecuador’s Amazon with Bill and Lynne Twist at the invitation of the Achuar people. The Achuar shared with them the urgent threat to their lands and culture, their vision for self-determination, and a request for allies from the North who would “change the dream of the modern world” by shifting its culture of over-consumption to a culture that honors and sustains life.

John, Bill and Lynne committed to a partnership with the Achuar, and, upon their return to the United States, they co-founded the Pachamama Alliance to carry out this commitment.

John Perkins – The Work of the Pachamama Alliance Today

To date, John is a Pachamama Alliance board member and fundraiser. He also leads journeys into the Amazon rainforest through the organization’s Pachamama Journeys program. 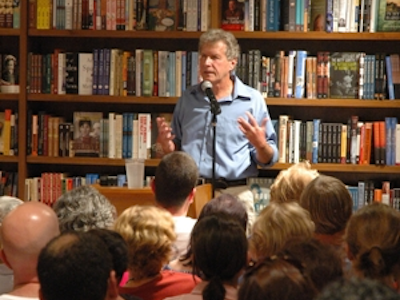 John travels the world and encourages business executives, students, and those who come to his talks to “create a world our grandchildren will want to inherit.”

He has lectured at more than 50 universities around the world, focusing his talks on his personal experiences with shamans around the globe; the importance of creating new forms of global economics; and the opportunity our current time, as prophesied by indigenous cultures, holds for us. 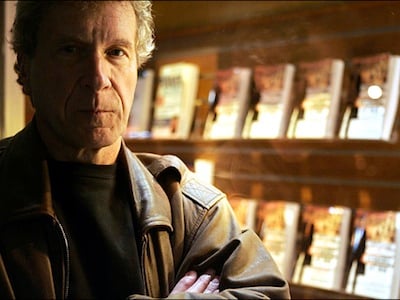 When 9/11 happened, John was in the Amazon leading a trip of people who had come to learn from the way of life of the Shuar. When he returned to the U.S., he visited Ground Zero and had another epiphany: he wanted the world to know what he had done in the 70s, and how the current global economic system that is failing so many people was created. He committed to writing Confessions of an Economic Hit Man in secret.

Confessions of an Economic Hit Man is a startling exposé of international corruption. Together with the follow up books: The Secret History of the American Empire and Hoodwinked, John challenges us to soar to new heights, away from predatory capitalism and into an era where we can create a sustainable, just, and peaceful world.

John's books have put him on a speaking circuit throughout top U.S. universities, including Harvard, Wharton and Princeton, and other universities around the world. He has also been repeatedly featured on ABC, NBC, CNN, NPR, A&E, the History Channel, Time, The New York Times, The Washington Post, Cosmopolitan, Elle, Der Spiegel, and many other publications. His thinking has been included in numerous documentaries including The End of Poverty?, Zeitgeist Addendum, and Apology of an Economic Hit Man. And he is the recipient of the: