Indigenous Rights in the Amazon

Indigenous rights in the Amazon have been continuously under threat as large development and infrastructure projects destroy indigenous land and culture. The Pachamama Alliance works with its partners in the Ecuadorian rainforest to protect and enforce indigenous rights. 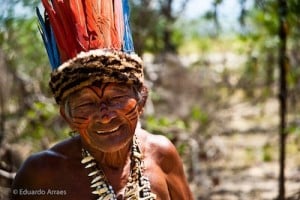 What are Indigenous Rights?

There are about 370 million indigenous peoples in the world, many of whom are denied basic human rights. In 2007, the United Nations General Assembly adopted the U.N. Declaration on the Rights of Indigenous Peoples which affirms human rights specifically for indigenous people and their specific conditions. It mainly sets out the individual and collective rights of indigenous people to have meaningful control over their lives, to maintain their distinct cultural identities, to live free from discrimination, and to have secure access to the lands and resources essential to their ways of life. 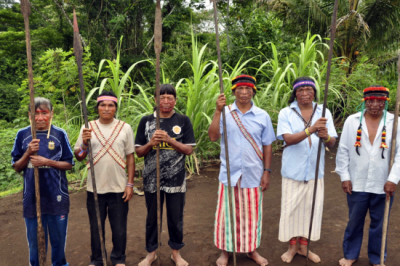 In large parts of the world, indigenous peoples are among the most socially marginalized groups of society. They have historically struggled with the following disadvantages imposed by the dominant population:

As a result, in many countries indigenous peoples rank highest on such underdevelopment indicators as the proportion of people in jail, the illiteracy rate, unemployment rate, etc. Current data gathered in North America also indicates that indigenous women become more than 2.5 times more likely victims of sexual violence.

Indigenous Rights in the Amazon 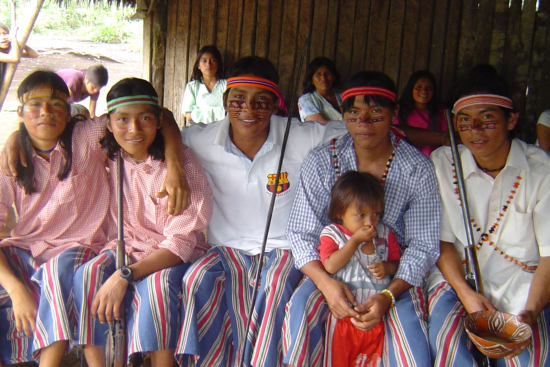 Young men of the Achuar people in the Amazon rainforest

About 400 groups of indigenous people count on the Amazon rain forest as their home. Although a large majority now live in cities and towns, there are still several groups who depend on the forest for their livelihood. As governments in the region foster economic development, investments in mining, petroleum, hydrocarbons, and timber threaten the habitat of indigenous communities. Moreover, infrastructure projects such as the building of large roads, pipelines, ports, airports, and the commercial use of rivers have destroyed nature and taken away the resources essential to their ways of life. This development raises a lot of indigenous rights issues in the Amazon region.

For the past 16 years, the Pachamama Alliance has worked with its indigenous partners in the Ecuadorian Amazon to preserve their lands and culture. We strive towards creating a more just, thriving, and sustainable world by advocating for indigenous rights and raising awareness in the Western world about how our actions impact the Amazon.

Learn More about Indigenous Rights in the Amazon

Following, we have compiled an overview over the most pressing issues in the Amazon rainforest.

Indigenous lands in the Amazon are increasingly under threat from resource extraction, cattle ranching, soy farming, and other industries. Land Titling has become key to securing indigenous land rights and protecting the rainforest.

Oil Development in the Amazon has a long and sad history. With growing global demand and large reserves still untapped, oil is a continuous threat to indigenous peoples and their ways of life.

International law requires governments to seek prior and informed consent from indigenous people before embarking on any development project on their lands. Indigenous peoples in the Amazon have recently won a landmark trial that enforces this important human right.

Indigenous Rights and Us

What do indigenous rights have to do with us? A lot, it seems. How much energy we use, what products we buy, even the medicines we take have an impact on indigenous life in the Amazon.