Learn about the movement that uses energy efficient and environmentally sustainable technology to achieve the desired benefits of modern technology. 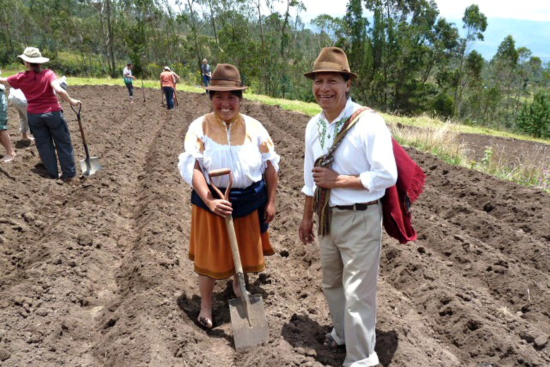 What Is Appropriate Technology?

In addition, this method uses open-source knowledge, meaning there must be transparency in the process and outcome, and this information must be shared to ensure it is replicable.

An Alternative Form of Economic Development

Appropriate technology is a critique to GDP-focused measures of growth and is meant to address four major problems GDP-growth does not cover: extreme poverty, starvation, unemployment, and urban migration.

Commonly discussed as a form of economic development, this type of sustainable technology is an alternative to technology transfer from developed to developing countries. Technology transfer is often patronizing, with one party telling the other what to do and what they need, while appropriate technology places both parties on an equal level.

It is also important to note that the movement exists in both developed and developing nations, and can take on a variety of appearances.

Furthermore, this movement uses both hard and soft technologies. A hard technology is related to a certain type of goal and involves machinery, structures, and engineering methods. Soft technology creates behaviors that bring about change and involve human interactions and motivations.

It is also important to point out that there are many different technologies associated with appropriate technology, such as indigenous technology. Indigenous people have a very specific way of deciding whether to integrate a new technology into their lives or not, which would likely qualify that technology as appropriate.

On the other hand, the developed world tends to assume that all technology is progress. This often leaves out important externalities and side effects of the new technology and its development, such as environmental and social impacts. Thus, we need to take a step back and better analyze whether new technologies are appropriate or not.

Mahatma Gandhi is thought of as the father of the movement, developing the concept of village-based technology, though there was no name for it at the time.

Interestingly, Schumacher’s first project, for the Indian government, was denied both by the recipients and other leading economists. It did not take long for the concepts to gain support, after a 1965 Observer article. Shortly after, in 1968, the name changed to its current nomenclature, appropriate technology.

A decline in the movement’s popularity is attributed to the growth in popularity of the “lassez-faire,” or free-market, view of economics.

Composting Toilets in the Amazon

Composting toilets are dry-flush toilets whose decomposition process is faster than that of traditional wet toilets. They can use natural deodorizers and liquid absorbers such as peat moss. They are typically used in places without access to plumbing and water sanitation facilities and are relatively simple to install and maintain.

For the Achuar, our indigenous partners in the Ecuadorian Amazon, installing composting toilets was part of a clean water program spear-headed by the Jungle Mamas program. The Jungle Mamas program is a collaboration between The Pachamama Alliance and Fundación Pachamama and is aimed at ending preventable deaths of mothers and children by improving community health through female education, environmental health, and family planning.

Learn more about collaboration between The Pachamama Alliance and Fundación Pachamama

The Achuar have only lived in settled communities since the late 1960s, and were semi-nomadic before. Thus, with the major lifestyle change came issues with water sanitation, which led to increasing rates of infant mortality. Composting toilets were a logical choice, for they would help them improve local sanitation issues without damaging their pristine environment. It was a choice geared towards preserving their traditional ways of life while improving their standards of living in a socially responsible manner. Their commitment to the health of their people and their natural environment has led to other positive health project choices as well.

The Jungle Mamas program received iPads in order to assist the Achuar in communicating between their far-flung communities through video.

The interactive nature of the iPads allows for the Achuar to film and edit videos on their own, without outside help other than introductory training sessions. Solar-powered chargers allow them to be sustainable and environmentally friendly.

The iPads were originally intended to assist the creation of Jungle Mamas training videos to help spread the program to more distant communities who demanded its presence. The iPads containing the videos would be exchanged on flights already being taking by indigenous elders and community leaders, creating no extra transportation cost.

Given the threat of new oil development on their ancestral land, however, the Achuar enthusiastically adopted the iPads to communicate ideas and information about preventing oil development on their territory.  Since their remote communities do not have access to mail systems or the internet, the iPads have helped strengthen their national identity and cohesion as the Achuar people at an incredibly crucial time.

The Achuar live in a pristine, bio-diverse region of the Amazon, crisscrossed by rivers, so they do not have, need, or want roads. Solar-powered canoes help them travel to distant communities without damaging or disturbing their natural environment. The noiseless motor does not disrupt their sensitive ecosystem.

These canoes meet the Achuar people’s needs for transport and a petroleum-free future, making solar energy an excellent sustainable development alternative. Solar-powered canoes and boats have a great potential to be replicated around the world.

Jungle Mamas also supported a solar-pumped water system for the Achuar community of Kurintsa. The goal was to bring water to each family without complex plumbing systems, and they were able to do that using solar powered pumps attached to a spigot for each family. At the moment the water is not potable, but Jungle Mamas will educate the community on how to keep streams clean. They also have begun installing compostable toilets there as well, all as part of the clean water program.

What It Is Not

Oil Development in the Amazon

Another pillar of the movement is environmental soundness, which again disqualifies oil development in the Amazon. Oil projects have contaminated rivers and other water sources of the people, poisoning and killing plants, animals, and humans. Oil development projects are not only destructive, but large-scale, again disqualifying it as sustainable technology. They often employ non-local labor, and most all of the benefits are seen by outsiders as well, leaving the locals with the negative externalities. Thus, we can safely say that sustainable, eco-friendly alternatives that utilize local power and have local consent should be sought out instead of oil development projects.

Fracking, or hydraulic fracturing, in general, is not sustainable method. Fracking is a technology used to release natural gas from shale bedrocks. Fracking involves of pumping a high pressure liquid consisting of water and 590 different chemicals which create lots of cracks—and small earthquakes!—in the rock to release the gas. The chemicals leach into drinking water sources and use seven million gallons of water per session, making it very wasteful and environmentally unfriendly.

Additionally, like oil development, fracking is not a small-scale project. Instead, it is large and incredibly destructive, inflicting harm on the communities surrounding the fracking site. Furthermore, many people oppose fracking and have protested it in their communities. For example, in New York anti-fracking advocates including actor Mark Ruffalo organized around the cause and pushed for a one year moratorium on fracking and won. They are continuing to fight to end fracking in their state for good.

Incorporating the Movement into Your Life

Given the nature of our consumerism-driven economy, there are many things in Western society which are frivolous and likely not appropriate technology. It is worthwhile for us to examine our own lives to determine what is appropriate and what is not.

Before buying that additional TV, ask yourself if doing so will help you achieve your wish of spending time with your loved ones, and what sort of harm the production of that TV may have caused to other life.  It may become clear that the trade-off is not worth it to you.

You may also consider what are sustainable technologies for your community. For example, does your community have a dam? Did you consider the area that was flooded and the people who were displaced for its construction? Or the damage that could be caused if the levees broke?