Bill Twist is CEO and a co-founder of The Pachamama Alliance. He has dedicated his life to helping change the dream of the modern world to create a thriving, just, and sustainable future for people and all life. 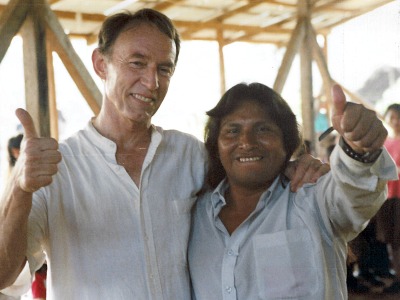 Co-Founder and CEO of The Pachamama Alliance

Bill Twist is a co-founder of The Pachamama Alliance and serves as its Chief Executive Officer. Bill has an extensive background in business, having worked in the management consulting business and then in the equipment leasing and financial services industries since 1970.

He was the senior vice-president for financial services for Comdisco, a New York Stock Exchange company, and served on its Board of Directors from 1980 to 1990. He is the former President of Champion Securities Company, an NASD registered broker-dealer that develops software and financial products for the investment industry. 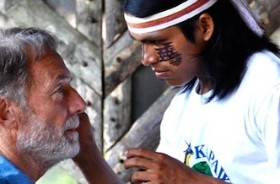 Bill is a founding member of the executive committee of the Global Alliance for the Rights of Nature. He served on the Board of Directors of the Centro Economicos Derechos y Sociales in Ecuador, an NGO working on economic and social rights issues in the Andes countries in South America, and on the Board of the Kapawi Ecolodge in Ecuador. 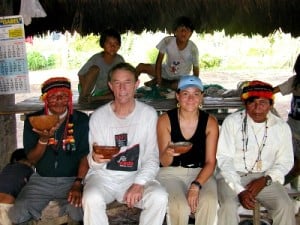 Listen to Bill explain in his own words the work of The Pachamama Alliance and its most recent efforts to support the climate change and representative democracy movements in this 2014 Whole Earth Summit interview recording.

In late 2013, Bill Twist, along with Jaime Vargas, President of the Achuar Federation in Ecuador, and Belén Paéz, Executive Director of The Pachamama Alliance’s illegally dissolved sister organization, Fundación Pachamama, in Ecuador, were interviewed by Xochitl Bernadette Moreno of Radio Ollin.

Bill Twist is a member of Move to Amend's San Francisco Affiliate group. He is also on the advisory board for the Community Environmental Legal Defense Fund, and is on the Global Alliance for the Rights of Nature's Executive Committee.