Located at the foot of the Tungurahua volcano, Baños, Ecuador is a mystical town of waterfalls, hot springs, and miracles - often referred to as the "Gateway to the Amazon." 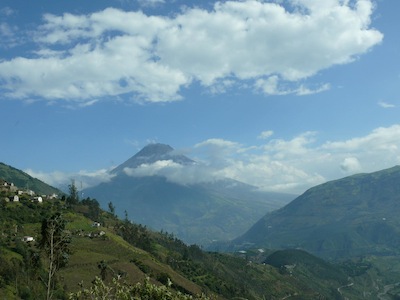 Nestled in central Ecuador, the town of Baños is appropriately named for its dozens of waterfalls, hot springs, and surrounding rivers. It is a naturally beautiful town with a population of less than 20,000, a pleasant climate year-round, and an ancient affinity for miracles. The town’s full name is Baños de Agua Santa, “Baths of Sacred Water.”

Baños sits at the foot of the Tungurahua volcano, which has been steadily flowing hot lava and ash since a big eruption of 1999. Also known as the “Gateway to the Amazon,” Baños is the starting point to explore surrounding national parks, spectacular volcanoes, and an abundance of wildlife including llamas and vicuñas (a relative of the llama, which are indigenous to the Andes).

In the last few years, Baños has grown into a popular destination for extreme sport aficionados, and is an excellent stopping point for those wishing to relax in the many thermal baths, taste the famous melcocha taffy, and experience the mysticism this quaint town has to offer.

Things to Do in Baños 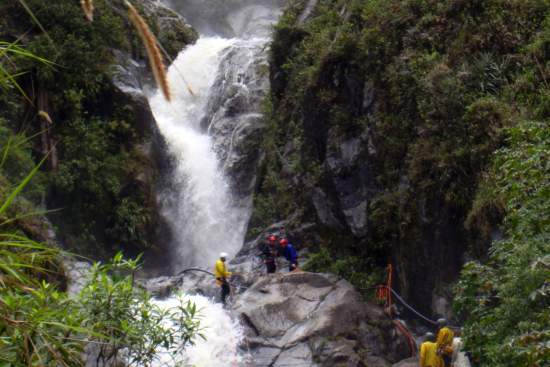 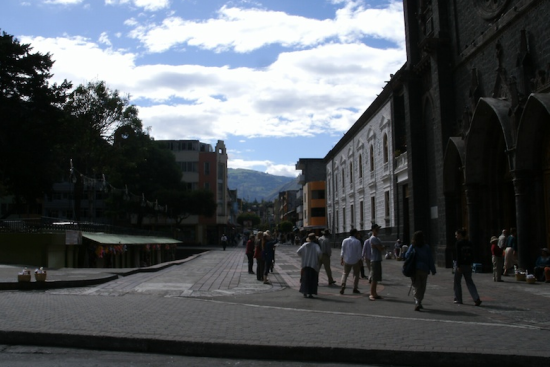 There are many places to stay, including quaint cottages, residences with a local family, and upscale hotels, all of which are well accustomed to catering to visitors’ differing needs. And after a long day, the restaurants of Baños are adept at serving up delicious Ecuadorian and international cuisine. Order their typical plate of llapingachos (stuffed, flattened potato cakes), sausage, fried eggs, and avocado. ¡Buen provecho!